The family of a 26-year-old man missing from Gorleston are re-appealing for him to get in touch one month on from his disappearance.

Owoidoho Ikidde was last seen at his home address in Barnard Close at around 3pm on Wednesday 17 December 2014.

He is described as black, around 5ft 8in tall, of skinny build, with short black hair.

The Ikidde family are very concerned for Owoidoho and would urge anyone who has seen him and who knows of his whereabouts to call police urgently.

Appealing directly to Owoidoho his family have said: "You are not in any trouble please just contact anyone of your family to let us know that you are safe and well."

Officers have also today released a CCTV image of what is believed to have been the last sighting of Owoidoho in the McColls shop in Lowestoft Road, Gorleston at around 6pm on Wednesday 17 December.

Inspector Craig Miller said: "It has now been one month since Owoidoho’s disappearance and we are concerned for his welfare. We have made a number of enquiries over recent weeks and we now know that Owoidoho was in the McColls store around three hours after his family last saw him but we need to establish where he may have gone next. I would urge Owoidoho, or anyone who may know of his whereabouts, to please contact police so we know you are safe.”

Anyone who has seen Owoidoho or who has any information on where he may be is asked to contact Norfolk Police on 101. 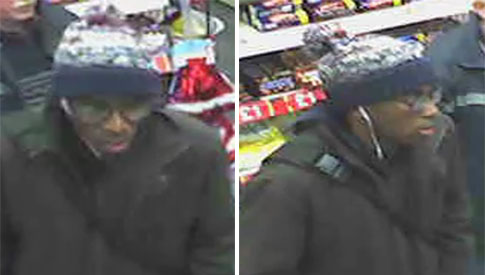