This page aims to provide basic information in response to frequently asked questions. If you have a question that is not addressed, please direct your query to dcinterest@norfolk.pnn.police.uk or read our Direct Entry Detective Constable brochure.

What is the initial selection process to enter the service under this scheme?

Download and read through the information in the Direct Entry Detective Constable brochure.

What does the job of detective entail / what will I be doing?

The role of Detective Constable is to protect the public by undertaking investigations into serious and often complex crimes. This involves all aspects of the investigative process including (but not exclusively), dealing with victims, dealing with witnesses, attending scenes, collecting and preserving evidence, identifying and arresting offenders, interviewing, creating case files and attending court.

It is anticipated that all successful applicants will be actively involved in investigating a varied range of criminality dependant on the department in which they are placed.

All staff will be supported through these investigations in the initial stages moving towards independence and more complex cases (multi offender crimes, organised crime groups and conspiracy offences as experience grows).

Additional opportunities to apply to specialise in areas such as for example major investigation, surveillance, intelligence and counter terrorism will arise after satisfactory completion of a 2 year probationary period.

How can I prepare for a possible assessment/interview?

What sort of people are you looking for?

We are looking for highly motivated individuals with a strong investigative mind set, good communication skills and a positive desire to help the vulnerable and support the community.

Other key assets are enthusiasm and commitment, attention to detail, tenacity, confidence and the ability to complete tasks accurately and to a deadline.

There are numerous occupations both within and outside of the police service which involve people having transferable skills and qualifications of relevance to the modern detective function. Examples of such professions would include

Please note this list is not prescriptive and we are open to applications from all backgrounds.

What sort of fitness requirements and physical attributes are needed?

This element involves running along a 15 metre track to a series of audible beeps. The beeps, during the course of the test, get progressively faster. You will need to have reached each side of the track before the next beep sounds.
Pass: Run to level 5.4 (Approximately 3 1/2 minute)

You will also be required to complete and pass personal safety training in order to fulfill the role, this will include physical confrontation training.

What if I have a previous conviction?

Convictions/cautions/penalty notices will not automatically prevent you from appointment. However if the matter was within the last five years most forces will not accept your application. Individual circumstances will be considered depending on the circumstances and the nature of the offence.

What must you declare?

What reference or vetting checks will be carried out?

There a number of checks that are undertaken prior to coming into the organisation as a Police Officer. These include:

What about academic qualifications?

Level 3 qualification gained in England and Wales, within the meaning of the Education & Skills Act 2008 e.g. 'A' Level/ AS Level,

National Diploma, National Certificate, Level 3 NVQ or City & Guilds, Access to Higher Education Diploma or an academic or vocational qualification gained outside of England or Wales which is considered to be equivalent to a Level 3 qualification.

If you have gained a qualification and are unsure whether this equates to a Level 3 please check via UK NARIC - www.naric.org.uk/translate

What does the training entail?

Following this foundation course there will be a 13 week period of being tutored in response policing to consolidate learning from basic training and provide you with an understanding of operational policing requirements and context. This will be followed by 4 weeks attachment dealing with detainees in the Custody Investigation Unit (CIU).

You will then be provided one to one tutorship with a trained Detective Constable either in an area CID or safeguarding department.

Will I be wearing uniform?

Will I need to pass any exams?

In addition candidates will need to pass the National Investigators Exam covering relevant legislation. There are regular opportunities to do this and a pass is required to achieve accreditation as a detective.

The pass mark for this exam is currently 55.7%

Support for this exam will be provided by way of 5 days paid study leave and the free provision of all of the approved study material.

How much will I get paid?

The starting salary for police officers is £24,780 with pay increments every 12 months to a maximum of £41,130 at seven years of service.

When and how will I get paid?
You will get paid monthly by automatic credit to your bank or building society account.

Will I have to work shifts?

At this time Investigators work day and late shifts generally between the core hours of 0800 and 2300. However as a warranted officer, shifts and roles could be changed based on operational necessity. The force also operates a CID night car function which requires all Dc’s to participate on a very limited rotational basis.

Is there a shift allowance in addition to the salary listed?

There is an additional ‘unsocial hours allowance’. This applies where officers/detectives work 8pm to 6am (so a maximum entitlement of 10 hours). 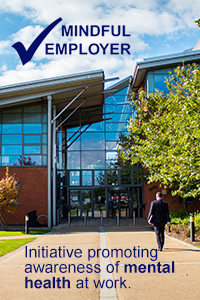