At about 1:40pm on Tuesday 8 April 1969, April left her home to visit her sister in Roughton. She had a packet of 10 cigarettes, 5½d and a handkerchief in the saddlebag of her bicycle. She was going to give the cigarettes to her brother in law for his birthday. She was wearing a wine coloured woollen skirt, a green jumper, a pair of long white socks and a pair of wooden soled sandals with red straps and brass buckles.

Shortly after leaving home she met two friends at the “Donkey Field” next to Harrison’s Farm on Cromer Road in Metton. After ten minutes she left stating she was on her way to her sister's. Just after 2pm, an employee at Harrison’s Farm saw April riding her cycle along Roughton Road, Metton in the direction of Roughton. This was the last known sighting of April.

At about 2:15pm Ordinance Survey workers in a van saw April’s bicycle lying in a field on the Metton to Roughton Road just a few hundred yards from where she was last seen. April had disappeared within a time frame of no longer than ten minutes.

At about 3pm the same day, a local man was driving his mother home when he saw April’s bicycle in the field. He took it to the Police House at Roughton where he handed it to the village PC. The cigarettes, money and handkerchief were still in the saddlebag.

It became apparent later that evening that April was missing when her mother realised she never reached her sister’s house in Roughton. By the following morning a full scale enquiry was under way.

A local search was carried out while enquiries were made with April’s family and friends. The enquiry was extremely thorough with 1,971 statements taken and 419 House to House questionnaires completed.

Although numerous lines of enquiry were pursued April has never been seen since and a number of potential suspects have been eliminated as the result of the investigation.

This year marks the 50th anniversary of April’s disappearance.

The case is one of the most high profile in Norfolk’s history and despite the passing of time it continues to be prominent in the public’s and the constabulary’s mind.

Sadly April’s mother passed away not knowing what happened to April. Officers are determined to find closure for her remaining family and will continue to seek any new credible and relevant information that could unlock this mystery.

Look what you did 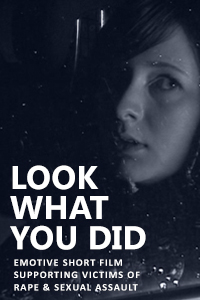