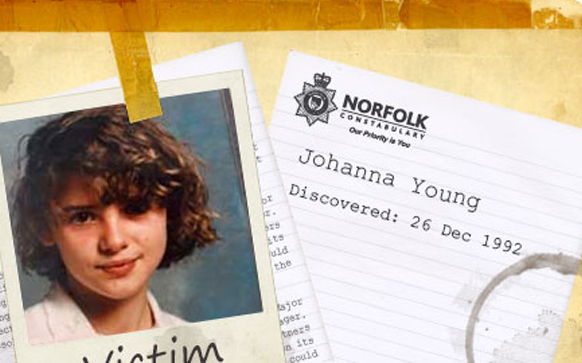 The evening of Wednesday 23 December 1992 was cold and very foggy and Johanna Young, aged 14, left her home at about 7.30pm.

Johanna's parents did not notice that she had not returned home until her alarm went off at 6am the following morning and she did not respond to it.

They assumed she had stayed at her boyfriend's for the night because of the foggy conditions. It was not until Johanna failed to turn up for her paper round at 7am that the matter was reported to the police. 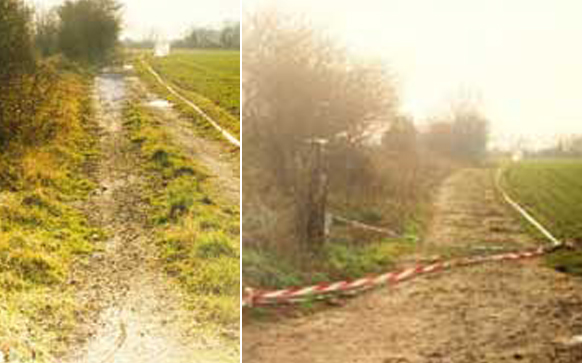 Where Johanna's body was found

Due to the unexplained nature of her disappearance, the case received a great deal of local publicity in an effort to find her.

On the afternoon of Saturday 26 December 1992, a member of public was walking his dogs in Griston Road, Watton when he found Johanna's training shoes in the undergrowth. He reported the find to Watton Police.

A search of the area was commenced and later that evening they found the body of Johanna in a water filled marlpit.

The body was approximately 125-140 yards from where her training shoes had been found, Johanna's body was face down in the water and her lower clothing had been removed, her jeans missing.

Her body was covered in scratches and a subsequent post-mortem examination revealed that death was caused by drowning and a fractured skull.

A major investigation took place during 1993 and, despite a number of arrests of local men, nobody has been charged in connection with Johanna’s death.

We continue to appeal for new information from local people in Watton and the surrounding area regarding information which could help solve this case.

Eighteen years have elapsed since Johanna died and some people may have not been prepared to come forward on the original investigation because of allegiances that they then had.