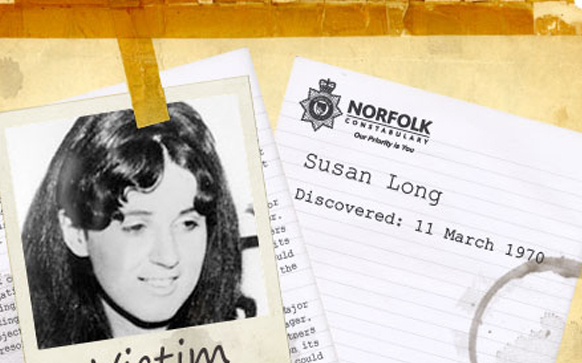 Susan Margaret Long was born and lived with both her parents in Aylsham, Norfolk.

At about 5.15am on the 11 March 1970, Susan’s body was found by a milkman approximately 1 ½ miles from Aylsham Market Place on the Burgh Road.  She had been sexually assaulted and strangled.

Susan was 18 and employed as a clerk at Norwich Union in Norwich. She had a boyfriend who also lived in the city. She would therefore regularly travel into Norwich by bus for work and to see him. 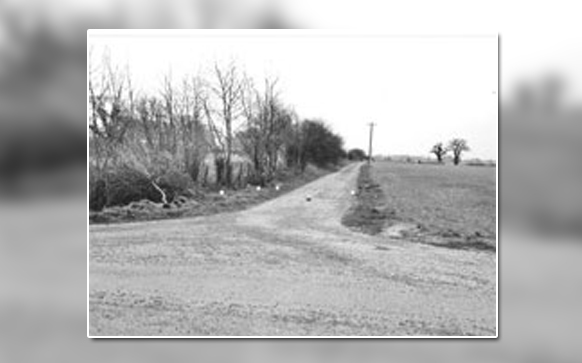 On the evening of 10 March 1970 she went with her boyfriend to the Gala Dance Hall in Norwich. She left at about 10.25pm to catch the bus back to Aylsham. The bus arrived in Aylsham Market Place at 11.10pm.  Other passengers confirmed that Susan had got off the bus.

It is believed that Susan was driven to where her body was found but officers do not know if she went voluntarily or was abducted. However, it is generally believed she would not accept a lift from strangers.

Following forensic recovery of semen left at the scene, it was established that the offender was from a rare blood group and blood samples were taken from men living in the Aylsham area. Another significant line of enquiry was linked to car paint flakes found on Susan’s clothing which showed that the paint had originally been pompadour blue and then been re sprayed metallic maroon. These lines of enquiry did not reveal the offender

Since 1970 this case has been periodically reviewed and anniversary appeals have provided new lines of enquiry which have been investigated.  With the advance in DNA technology and more recently familial DNA searching, hope has been renewed that the offender will be traced.  Since 2003, officers and staff have been researching DNA comparisons and DNA familial work.

Operation CHINA has unfortunately, despite extensive work, still not identified the offender.  However, 2010 has seen a new line of enquiry with DNA familial comparisons based on a likelihood ratio list which has resulted in new factors being built into familial searches.

It is approaching the 50th anniversary of Susan’s death.

Work continues to concentrate in identifying the person responsible by DNA identification techniques. Information is provided by the public which is assessed to provide the grounds to seek DNA of a named person.